Boss vs Leader – Understanding the Difference 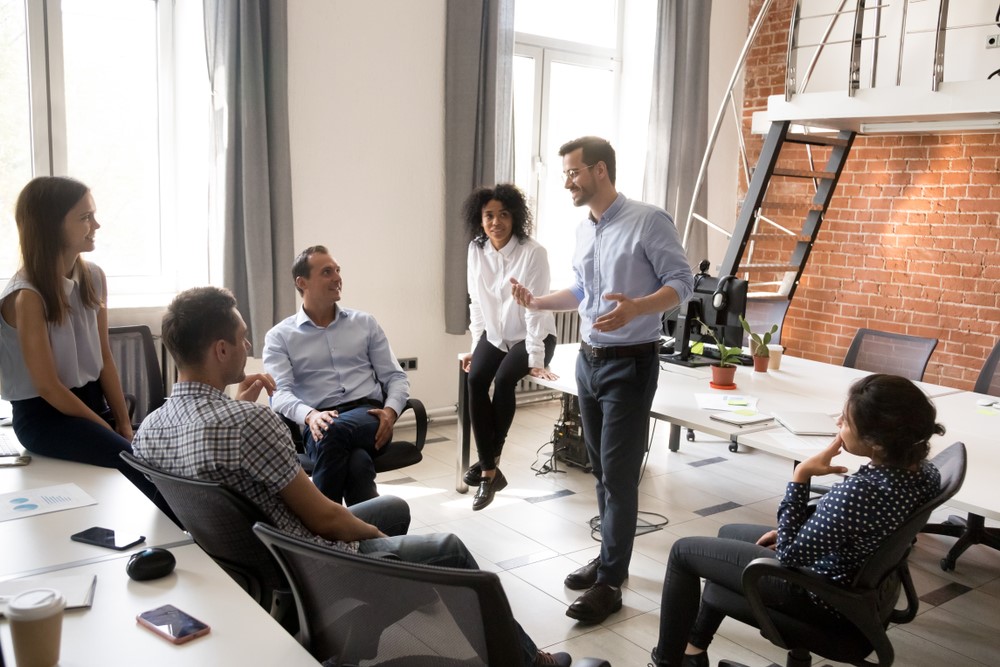 Do you consider yourself a leader or a boss? Until now, you may have never thought that these terms meant different things. The truth is, for those who look to you for guidance, the difference between boss & leader is apparent and crucial for success.

In this article, we settle the boss vs leader debate by explaining what each role does, the differences between each leadership style, and why you should strive to be a leader.

What Is a Boss?

Simply, a boss is an individual in charge of a team, department, or entire organization. “Boss” is often a title for the person with authority in a business or organization, such as a CEO, but there is technically no role in a business called a “boss.” The term is primarily colloquial.

A boss is responsible for their employees and ensuring that each team member completes their tasks effectively and efficiently. Their main functions include assigning tasks and duties to each employee to ensure that their organization runs smoothly.

Qualities of a boss include:

A boss is not the same as a leader. You can be a boss without actually being an effective leader.

What Is a Leader?

Successful leaders, lead by example. They influence and guide others to fulfill a vision and stay dedicated to achieving a goal by walking their talk. They create a culture of thriving.

A good leader doesn’t see themselves as separate from the rest of their team. They are collaborative and open-minded and empower their team. They know that they don’t always have the answer but are eager to learn from their team.

Qualities of an effective leader include:

A leader differs from a boss in many ways. Leaders have EQ (Emotional intelligence) as well as IQ (intelectual). They know that leading requires more than just thinking, goals and objectives. They nurture the holistic wellbeing of their team.

There are several distinctions between being a boss vs. leader that may not be obvious at first but truly make a difference in how your team interacted with you.

For starters, bosses typically have tunnel vision. They have their eyes focused on the direct business outcomes instead of the bigger picture – which includes the team they lead. Leaving them in your peripheral prevents you from reaching your goals at your expected time. Instead, include your team in your business decisions and keep them in mind as you move forward toward success.

Let’s look at the other core differences between boss vs. leader roles.

One of the main differences between a boss and a leader is the level of collaboration each role uses.

A boss often moves as if he’s running a one-man show, which can be detrimental, especially if you tend to experience mental blocks for your business and rely solely on yourself to get past them.

The truth is that each employee represents your business. Therefore, it’s important to collaborate with teammates to ensure that your company is always represented in a positive light.

An influential leader doesn’t see themselves as separate from their employees. He will sit amongst his employees to listen to constructive feedback and contribute to the solutions. As a result, you stay in the loop and keep up with how your employees are feeling.

Another quality that differentiates great leaders from bosses is trust.

A boss typically doesn’t give their employees autonomy because they don’t entirely trust their employees to do what they think they should. Instead, they aim to control their employees and make decisions for them, leading to micromanaging, which isn’t good for businesses.

In contrast, a leader trusts their team to accomplish what they need to do by engaging and inspiring them. Ensure that your employees know that they can reach out whenever they have a problem or hit a roadblock, but overall, you should stay away from micromanaging.

Putting trust in your employees empowers them and promotes productivity and growth in your company.

Listening is one of the most important qualities of a good leader.

Bosses tend to command and give orders but rarely listen to their employees before, during, or after giving their commands.

On the other hand, a leader will listen to employees’ opinions for big decisions that affect them. They welcome input on how to improve.

Smart leaders not only listen but also act on what they hear. If their employees say they need more support or express why something should be done differently, a leader takes action to ensure that their employees’ opinions are heard.

Guidance is a key character trait of a successful leader and one that bosses don’t usually have.

A leader should guide their employees at every opportunity for both personal and business growth to create more successful leaders for your company and enable employees to take on more advanced roles.

As mentioned, a boss often experiences tunnel vision and only cares about seeing the results, but not how they get to the results. Consequently, a boss forgets or avoids entirely praising their employees, leading to them feeling underappreciated.

A true leader prioritizes recognizing the accomplishments of their employees and the role they play in achieving the company’s goals. When your team members feel appreciated, they tend to be loyal and want to stay with you.

Which One Are You? Which Would You Like To Be?

The world needs more leaders. Leaning into this role benefits both you and those who depend on you. If you’re a boss and are looking to change, it isn’t too late to embody the qualities that make a great leader. If you’re a leader looking to hone your skills, we’ve got you covered.

At 1428 Transformations, we offer a variety of long-term strategies to help men develop effective leadership skills to empower others. If you’re ready to change. We can help. Connect with us today and book your free introductory session.